You cannot place a new order from your country. États-Unis

Connexion compte client
Première commande ?
Je crée mon compte
Création de compte
Is my bottle to be opened and in accordance with which dishes
Retour

DISCOVER THE MARCEL DEISS ESTATE, A SPECIAL ESTATE IN ALSACE

Located in Bergheim next to Ribeauvillé, in the heart of the Grand Cru area, the Marcel Deiss estate was founded in 1947. The Deiss family is a long line of winegrowers, blacksmiths and bell founders who settled in Alsace after the Thirty Years War and the attachment of the Province to France. Currently managed by Mathieu Deiss with the help of his father Jean-Michel, the estate has fought for a more qualitative production, based on the terroir rather than on cloned grape varieties, the inclination to Biodynamics, very low yields, agroforestry and Biodynamics. 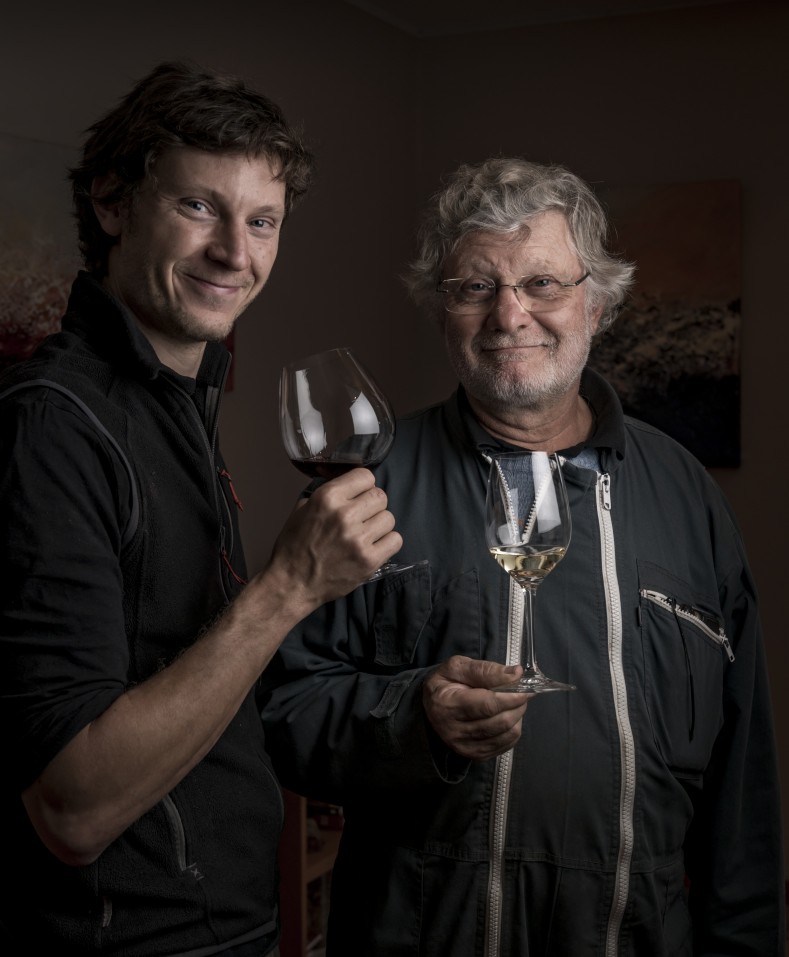 The Domaine Marcel Deiss chose more than 40 years ago to devote its efforts to the emergence of a viticulture of Lieu in Alsace when the grape variety was perceived at that time as an absolute modernity. Why did we make this choice against the tide? And what is a "Haut-lieu" wine-growing that is also called "Terroir"? It is a profoundly French concept, as subtle as our philosophy and our language are. A multifactorial concept, very complex, made of fine interactions between the place itself, in its physical and metaphysical characteristics; the winegrower's practices, his dreams and fantasies, his personality. It is by essence an object in movement, a work in progress never finished, always reinvented but yet totally functional. Pregnant for the one who plants the vine, the one who leads it, unavoidable for the one who makes wine, central for the one who tastes it. The terroir winegrower adapts his approach to the natural characteristics of the place (geology, pedagogy, climatology, sunshine, water reserves, etc...). He places the vine by drastic choices of planting density, short pruning and management during the vintage in the impossibility of expressing its vine vigour, its propensity to produce too much until it is exhausted. This Malthusian posture, which stems from common sense and medieval Cistercian rule, was profoundly misunderstood by modern agronomy and many of our contemporaries. For "industrial" agronomy, it was central to bring to the plants everything they lacked to oblige them to produce in abundance, considering the soil as a simple support and the harvest as a quantitative simulacrum. Thus, little by little, wheat gave flour that could not be breaded! This is how, in Vin le Terroir, the idea that it is by overcoming the constraints that the plant reaches and gives the best, has gradually disappeared, under the plethoric yields of young vines that are hyper-competitive but already too old to really go deep. You only need to have ploughed once a vine has been weeded since it was planted to understand this. It is also in this way that the language of wine has been invaded by the words of the grape variety, aromatic terms speaking of carbonated hyperboles; without even a word for the structure, length, thickness, mouthfeel of the body of the wine: in fact its vital energy. It is this whole system of false performance, which we gave up forty years ago to dream only of deep old vines, radiant and nourishing grapes, wines that take a long time to make, where the nose only prepares and puts the mouth into perspective, that gives meaning to the moment of tasting, a rare moment of energy exchange that makes the memory. This is our dream of the Terroir! It is the journey of a lifetime, probably not the easiest road for success, easy money, media recognition but rather the posture of the craftsman, proud and sometimes shady in front of his work. Having as only ambition, but it is immense, to maintain every day this simple layer of complexity and humanity that we call civilization.

The dream of the Terroir 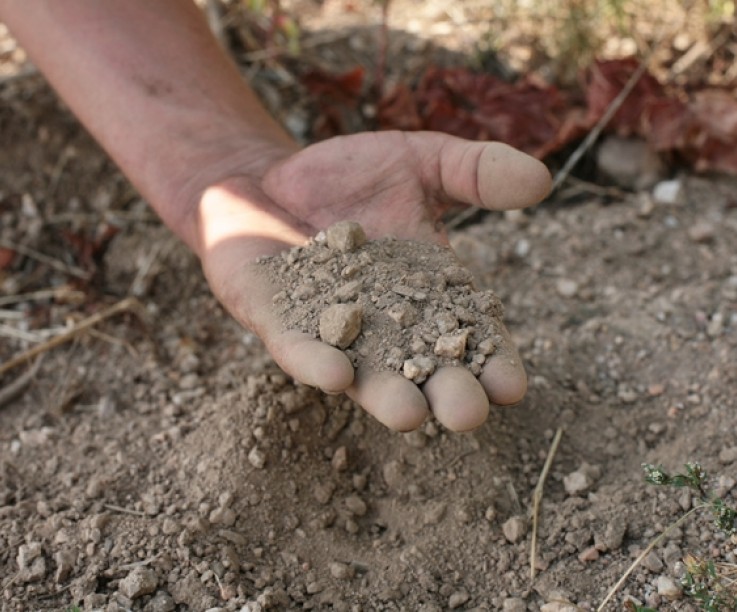 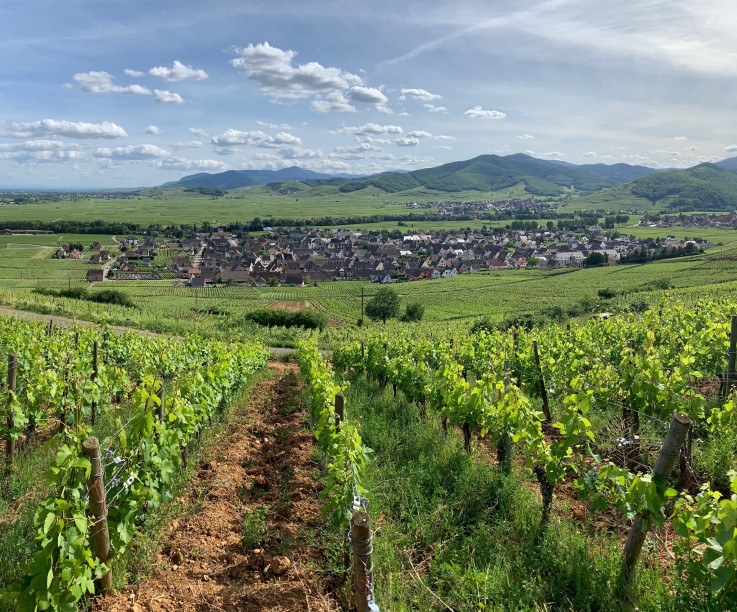 A mosaic of terroirs

THE VINEYARD OF THE CHAMP DE FAILLE DE RIBEAUVILLE

(38 HECTARES) Located on the various slopes of the communes of Rorschwihr, Bergheim, Ribeauvillé, Zellenberg, Riquewihr and Sigolsheim, it is the largest and most diversified vineyard of the Domaine. A vineyard, fascinating by its complexity and therefore its wine-making possibilities, which cannot be reduced to a single type of wine. On the contrary, it offers the most beautiful collection of Grands Crus of Alsace (5 famous Grands Crus) and a whole series of Premiers Crus with a very strong personality. Here each of these terroirs has an essential characteristic: deeply faulty, it allows a deep prospecting of the vine (30 to 40 meters deep are common) and allows it to learn the depth, a cultivation by the bottom. This network of differences, even contradictions, illustrates magnificently the singularity of Alsace: our region is rich above all in its differences!

This original topography creates, by its effects of valleys, by its wind corridors, by the presence of the Vosges torrents, a multitude of very particular microclimates. Thus, there is a difference in earliness of more than 30 days between the Altenberg of Bergheim and the Mambourg, which are only 12 km apart.

The climate of the Alsatian vineyard is very specific and characterized by a very strong continental influence. Thus, the seasons are marked: rigorous winter followed by a sometimes rainy spring, strong heat from June to August interspersed with sometimes violent thunderstorms, superb autumn combining cool nights, dew and morning fog with beautiful sunshine in the afternoon. The late harvest was delayed until the first cold spells at the end of October. The main Alsatian grape varieties are well adapted to this type of climate: good resistance to frost in winter (Riesling), modest water requirements in summer (it should not be forgotten that Colmar is, with 550 mm of water per year, one of the driest cities in France), important thermal needs at the end of the cycle during ripening, the need for a thermal differential between day and night, a slow and late ripening adapted to the Noble Rot.

The key to the terroir

The "terroir" is an obscure cellar whose gateway is the physiological maturity of the seed. The geo-sensory tasting will allow, through the observation of salivation in the mouth, this "awakening of the terroir", this tactile expression of the Place, on the express condition that the fruit has been picked at full physiological maturity. Each of us can easily then, thanks to the black glass or in the semi-darkness, and with minimal training, rediscover and name this original mouth feel of the wine, express the texture of the wine rather than the aromas and describe the proportions, the thickness and the surface state of the wine often very close to the touch of the soil and the atmosphere of the Place. This apprenticeship for which each one of us is innately equipped will allow us to authenticate the Terroir as the Gourmets have done for centuries and to finally access the winemaker's style understood as a light or very strong, harmonic or contradictory contribution to the imprint of the Terroir. 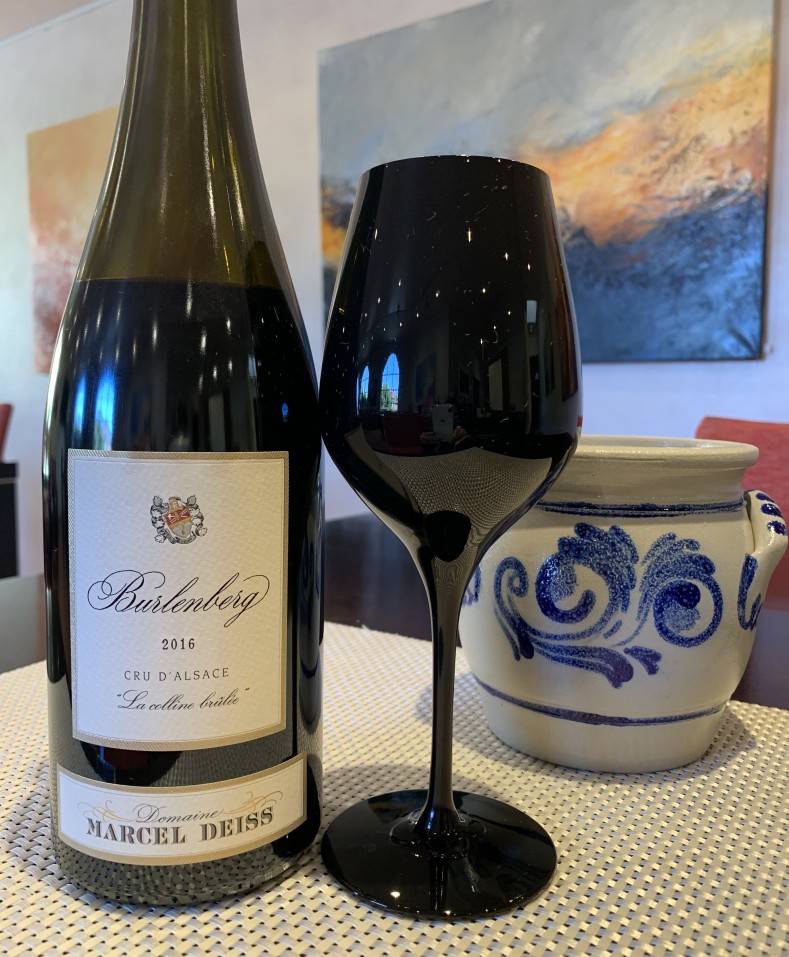 Are you looking for a specific vintage? Contact us