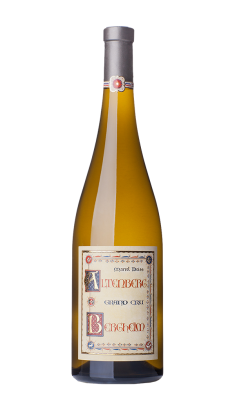 A wine with such perfect elegance and lightness... Vibrant, creamy and melted, rich and yet acidic on the palate - where everything is blended in a magical synthesis: grape varieties and clay, winemaker and limestone, fruit and pink sandstone, vintage and depth. 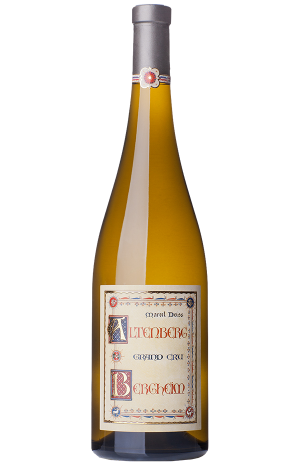 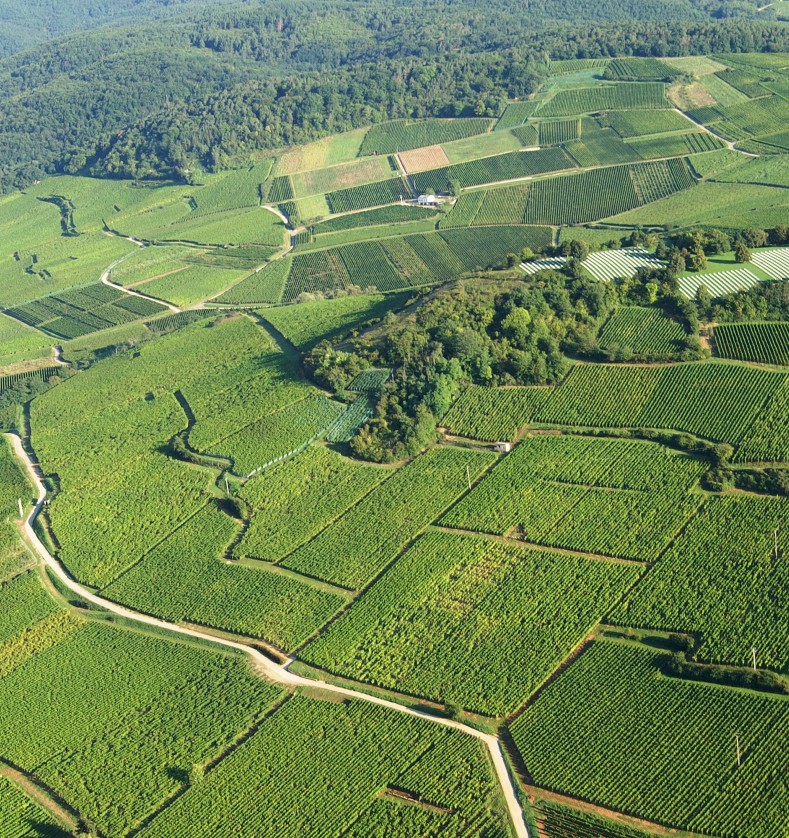 Le Terroir as a conductor

Impressive colour of density and liquor, chocolate reflections, sunset and molten metal. A nose of red wine (!), dense and saturating, sap and cedar, gradually clearing up to melon, peach and tangerine, candied lemon, honey at last. Glorious aromatic finish on ginger. A devastating liquor, with an incredible power on the attack, rushing down the hillside in a tart torrent, coiling on the palate in deafening music and then, in the heart of the storm, unfolding in fruity and candied waves, in cocoa tears. Long and undulating finish like a river; the wait for the beloved.

Without doubt the most concentrated Altenberg since the start of this adventure, paradoxically the one where acidity plays its most central role. The birthmark of Heaven on the infinite baroque music of the Altenberg! A story. The first Great Alsace Terroir (of the modern era), which in 2005 saw the recognition of its specific typicity, its particular production conditions, the diversity of its grape varieties (all the AOC Alsace grape varieties used in precise proportions) and the richness of its harvest, serving an unequalled regularity. The return to the ancestral practice of a vineyard planted with all the traditional grape varieties and a single, unsorted harvest opens up the Pandora's box of the "Grand Vin" for Altenberg: the Terroir becomes the conductor who masters and inspires all the players (rootstock and grape varieties, all the conditions of the vintage and even the winegrower!) in the service of a single score: the pure expression of the Terroir, the balanced symphony of the Grand Vin. This synthetic wine then revives the old Alsatian tradition of wines for laying down and travelling, which throughout the Middle Ages, the Renaissance and up to the end of the 13th century made possible the gigantic Rhine cultural effort of which modern Alsace is the result.

This majestic terroir is located in the heart of a field of geological faults that bring together hard Jurassic limestone and Lias marls. These fossil-rich formations have formed a poor, red (ferruginous) clayey-limestone soil, rich in limestone rocks where the vine must plunge deep to find its energy. The microclimate of the Altenberg, the result of its southern exposure, its distance from the Vosges front and its isolation from the Rhine plain, is terribly hot, dry and almost overexposed. The ripeness of the grapes, frequently amplified by Noble Rot, is out of the ordinary and imposes the domination of the terroir over the planted grape varieties.

Tasted in the dark: 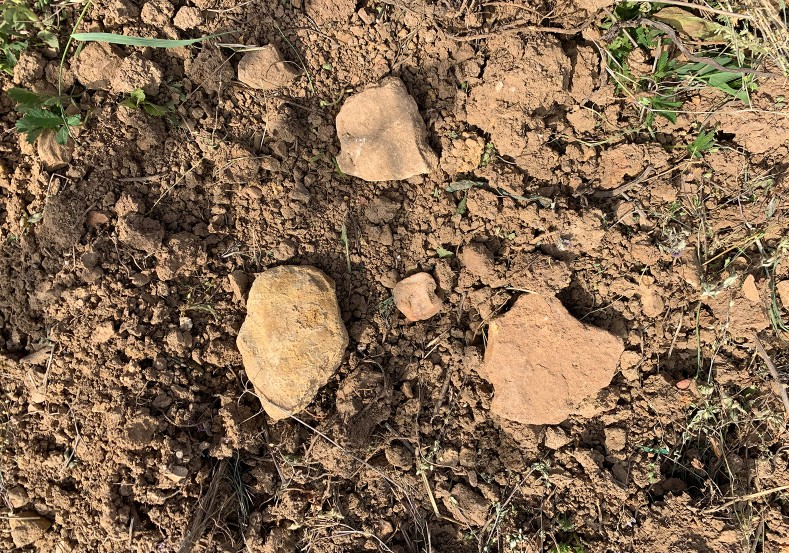 Can be drink for him-self. But this sweet wine pairs also perfectly with foie –gras.

Companion planting of all the traditional grapes varieties of Alsace. 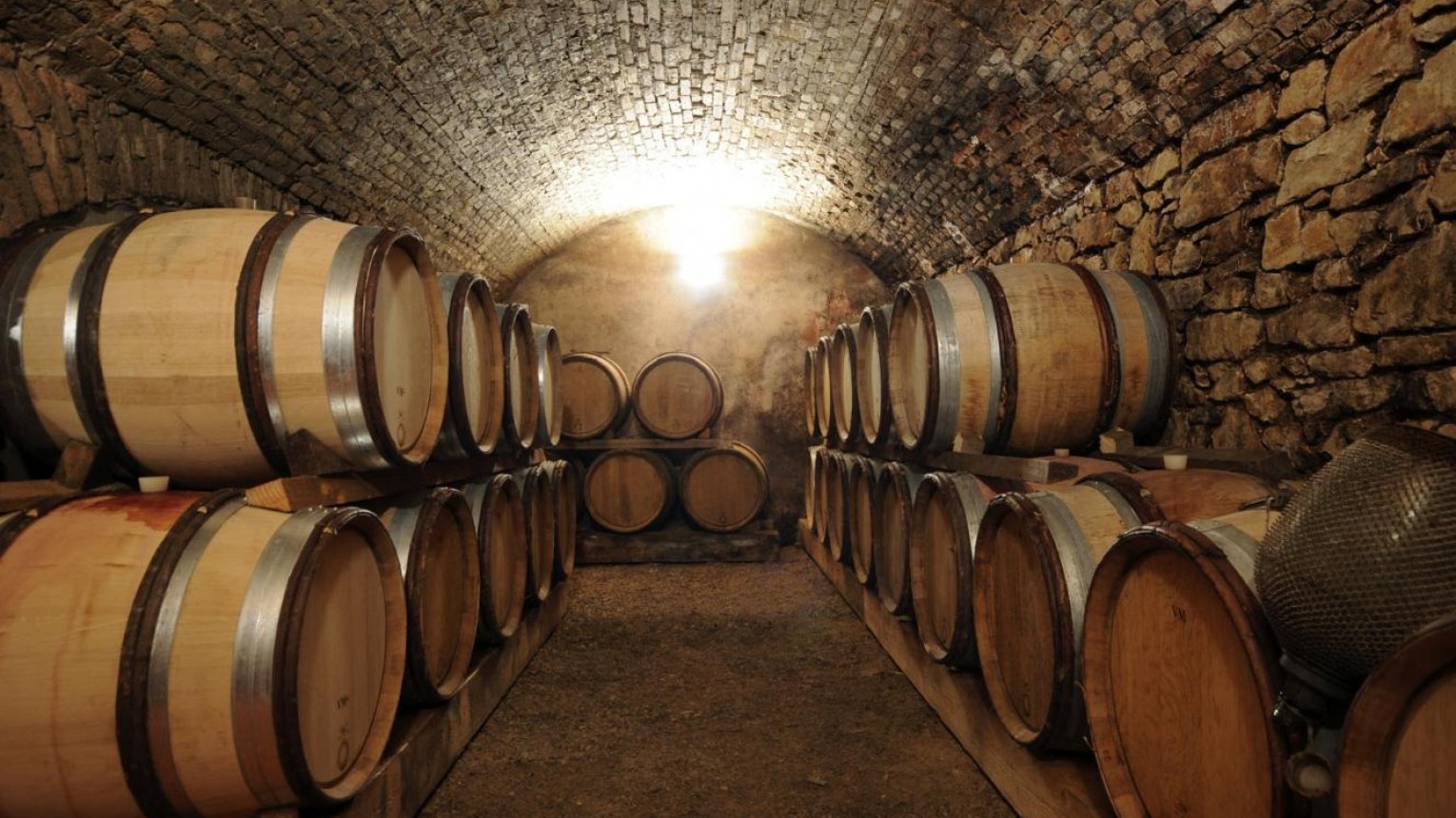 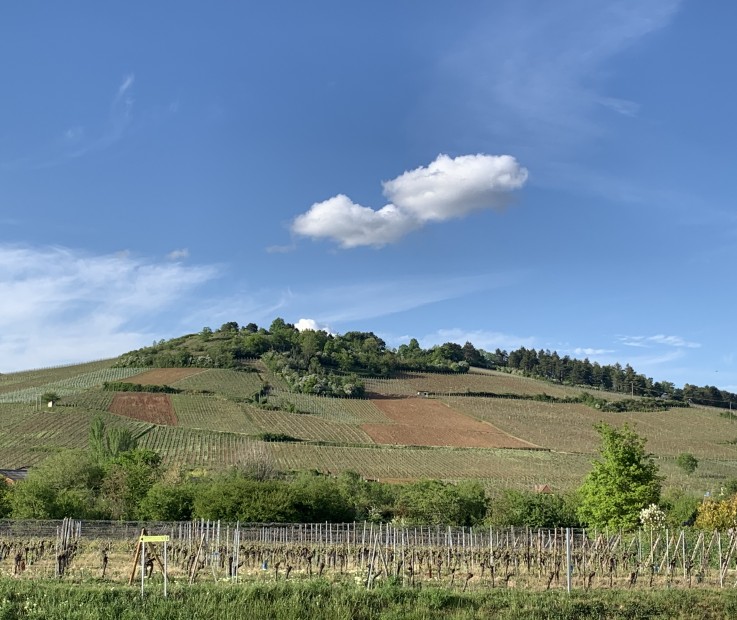 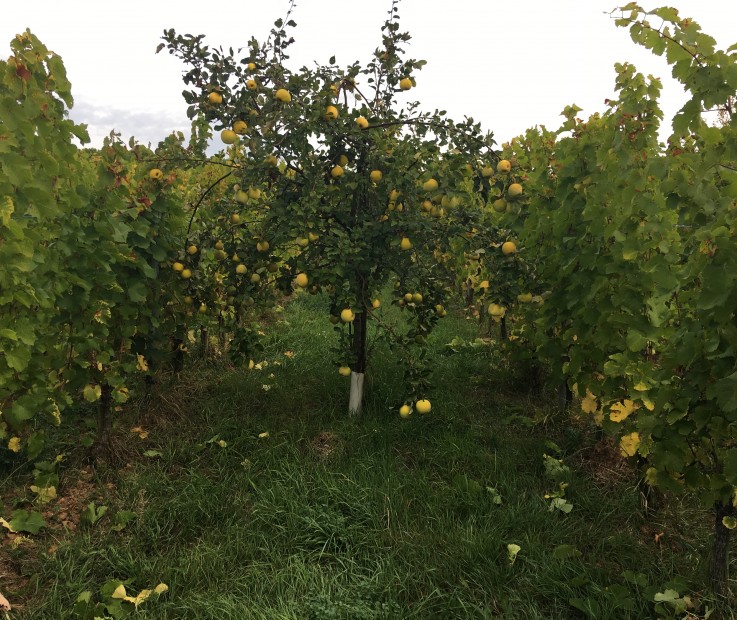 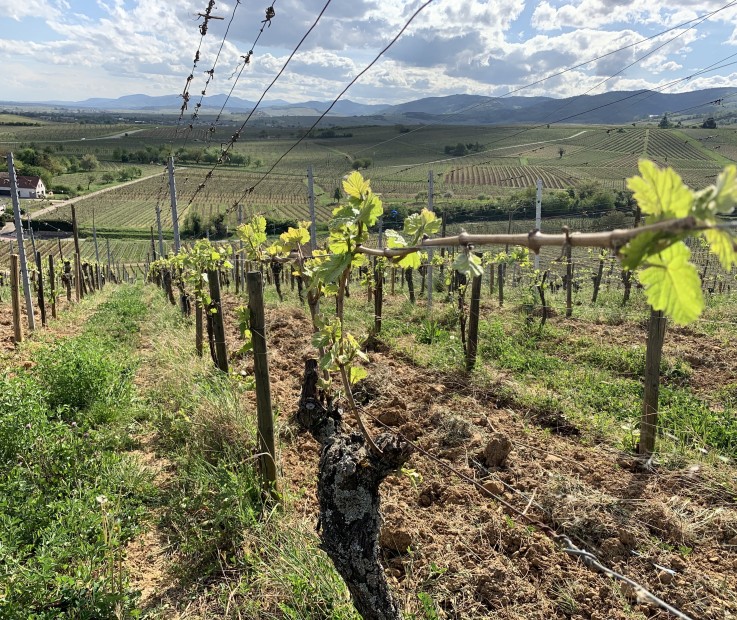 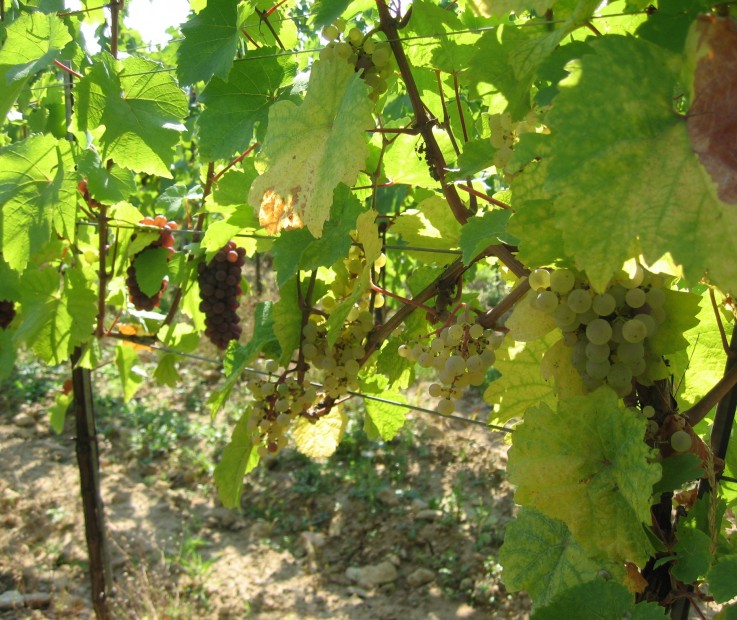 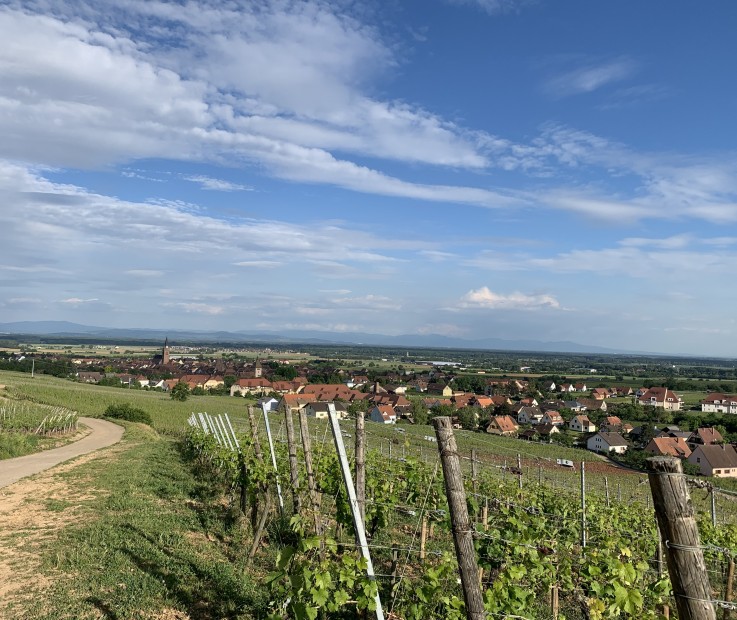 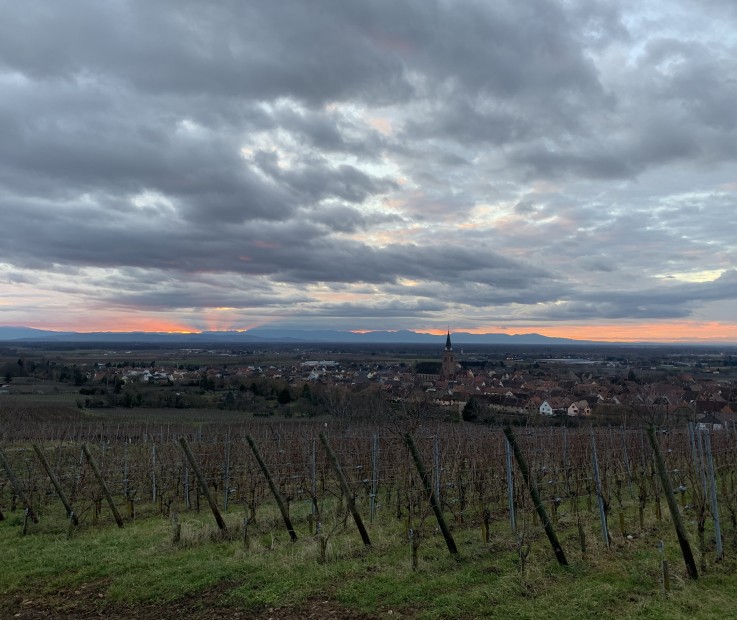 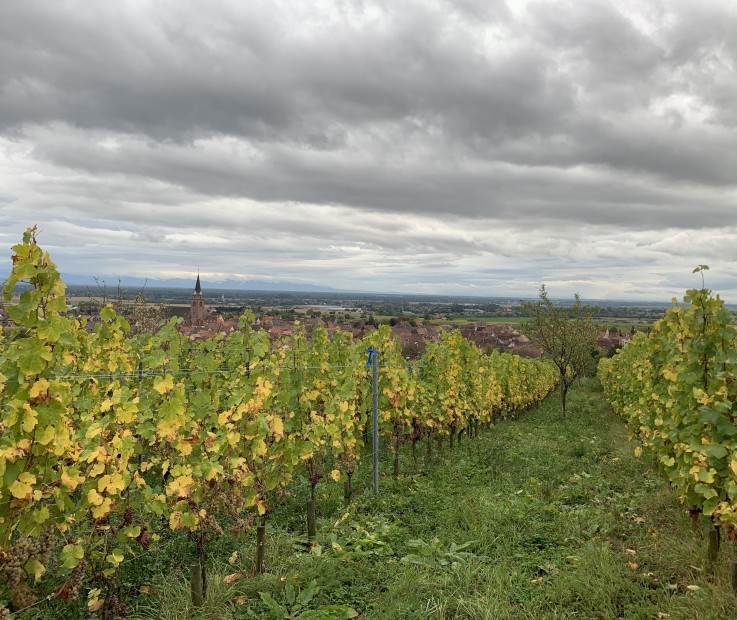